Sex Crime
"The chemistry and the comic timing between the two co-stars is incredible - Alexis Gregory and Jonny Woo are two performers at the top of their game. Robert Chevara's direction - particularly with attention to movement and delivery - is heightened and surrealistic, out of the real world's beats and rhythms, and we are compelled to keep up and hold on for dear life!"
(WithinHerWords)

Articulate, with a lethal sense of comic timing. Robert Chevara's sympathetic direction taps in to the violence of Gregory's play with suggestion rather than realism. The humour is given free rein, however, and the punchlines crack with the precision of a well-aimed bullwhip."
(Paul Vale The Stage)

"Sex/Crime is dark and mysterious, sexy and engaging, something that's genuinely unique in the theatre scene right now"
(Broadwayworld)

Vincent River
"Robert Chevara's production holds the audience in a tight grip for the entire 90-minutes. It deliberately never lets us relax, so that in the end when the penny finally drops you're left speechless - you sit there not knowing whether to clap, cry or crumble. This is a rare piece of theatre - simply beautiful."
(Broadwayworld)

"RobertChevara & Philip Ridley are a match made in heaven - or hell. Add in charismatic Lou_Jameson & talented young actor Thomas Mahy and the effect is breath-taking"
(Remotegoat)

"Louise Jameson and Thomas Mahy are utterly captivating, their performances balancing light and shade - we literally watch two people crumble before us. The effects are devastating"
(The Gizzle)

In the Bar of a Tokyo Hotel
"The real Tennessee, as acclaimed director Robert Chevara's astonishing revival makes clear, is as savagely modernist as uncompromising, enfant terrible Sarah Kane. Chevara creates a harrowing tour-de force worthy of Samuel Beckett at his bleakest. Intriguingly, however, one suspect Chevara's barely begun to hit his interpretive stride, and the best  wherever it may lead - is surely yet to come."
(Sasha de Suinn)

The fun and frippery is injected into every second of Chevara's brilliant updated interpretation, and the audience laugh constantly. There are so many highlights in this Die Fledermaus: battles with office chairs, Adele's aria atop a piano, Tee's chocolate tones whilst stirring a sizzling frying pan. On stage is a young cast worth watching providing a fantastically uplifting night of fun for the festive season. (British Theatre Guide)

Robert Chevara's new English version of Die Fledermaus is boozy, bubbly, and completely bonkers. Chevara has taken operetta's main characteristics  contagious tunes, topical libretti, satirical jibes, schmaltz and splendour  Modern quips pop up as frequently as champagne corks. If you haven't yet been to the opera at 115 Upper Street, you need to toss the rule book aside and get involved. (Fringe Opera)

Quasimodo
"Lionel Bart's Quasimodo is a gem of a show and a rare treat. It is hard to believe this last work by the Oliver! composer has taken 50 years to gain its World Premiere. The King's Head Theatre has been transformed beyond recognition for this production and is a real contender to be king of the off-West-End circuit. It is evident the director Robert Chevara put his heart and soul into this production." (Backstage Pass)

"Finally re-discovered and re-imagined, Quasimodo will break your heart. Bart's songs are sensational and it's such a pleasure to think that they will finally be heard. Quasimodo is captivating and inventively staged." (Leighton Buzzard Observer)

"It now receives its much-belated world premiere in a production that has been directed, with an infectiously loving conviction and a powerful cast, by Robert Chevara." (Paul Taylor, The Independent)

"Director Robert Chevara artfully combined three early Williams plays  "Cairo, Shanghai, Bombay," "At Liberty" and "Curtains for the Gentleman''  to create a wondrous abstract burlesque show, with dancers capturing the depression and life on the stage."(WickedLocal)

"The never-seen-before mini-drama, "Curtains for the Gentleman," was one-third of a burlesque revue by Danszloop Chicago, a company known for dance-theater mashups. The troupe framed the early-'40s shorts by Tom Williams (he hasn't become Tennessee yet) as "The Chorus Girl Plays."
Like "Curtains for the Gentleman," the other two pieces in the trilogy, "Cairo! Shanghai! Bombay!" and "At Liberty," provided fascinating looks at a writer who was in the process of finding his signature themes and unique poetic voice.
Each short concerned desperate dreamers looking to escape their lots. Characters waited for gentleman callers and spoke of paper lanterns, lurking death and being caught in a trap.
"The past keeps getting bigger and bigger at the future's expense." It's a line from "At Liberty" -- and pure Williams.(NEW YORK DAILY NEWS)

Vieux Carré
"The single most enthralling piece of theatre I have ever seen. Never have I been so drawn in to a play and captivated by every word said." (WestEndWilma)

"Beige can't recommend this play highly enough  it's a truly inspired reworking of a much neglected masterpiece. Attempting to launch a revival of this play is a daunting task, but one which director Robert Chevara pulls off magnificently... all of the performances are flawless. Williams' words simply sing at you as you leave the theatre feeling that you have experienced something quite remarkable."(Alex Hopkins, Beige)

"The excellent production by Robert Chevara has a richly intuitive feel for the bravely undefended, soul-exposing way with which it shifts between poignant poetry and black hilarity, dream-like subjectivity and clear-sighted compassion. An ace of revival that will uplift Williams buffs and newcomers alike."(Paul Taylor, The Independent)

"The play is frequently very funny, and director Robert Chevara - without sacrificing any of the warmth and poetry - captures every reminder that Williams had a wickedly comic side, alternately sly and uninhibited in its bawdiness." (The Stage)

"It's these qualities, along with the high level of the acting and the sense of a strong, unifying directorial hand, that make Robert Chevara's flavoursome production worth seeing." (The Times)

"I have nothing but praise for Robert Chevara's staging of the original 1739 version. The whole enterprise was filled with an understanding of period French style and what it takes to translate it to our 21st-century sensibilities. ... Everything was focused on the drama not least in the sexiest sequence of 'Songes' I can imagine..." (Financial Times)

"Robert Chevara's neat, clear, stylish production was deftly managed, with creamy calico 18th-century costumes in the Prologue for Venus and L'Amour and scarlet arrows to hint at the bloodshed ahead. ...Directed at heat ... Allan Claytons's lyrical, powerful Dardanus - most affecting in Lieux funestes - was, I suspect, the inspiration behind this extraordinary project"(Independent on Sunday)

"As shown by Robert Chevara's shrewed staging Venus and her court of fops soon realise the problem of worshipping love: it's a very messy idol indeed.
Chevara's staging made the most of his bright young things, deftly managing both singers and a useful sextet of dancers through the set pieces, and even negotiating a sea monster without garnering unwanted laughts." (The Times)

Madame Butterfly
"Director Robert Chevara put his stamp on the opera from the opening sequence showing early documentary film views of Nagasaki. As the film sequence ran, Butterfly stood alone, illuminated, highlighting the plight of one person set in the past.
Chevara's direction produced some poignant moments as well as some keen commentaries." (The National Business Review, New Zealand)

Radamisto
"The producer Robert Chevara served Handel as well as he did Beethoven in his English Touring opera "Fidelio". (Opera)

Le Dialogue des Carmelites
"Chevara catches the crisis and chaos inside the order, and his march to the scaffold has terrifying power.
This was a deeply moving occasion" (The Times)

Fidelio
"Staging and performance blazed with clarity.
This was one of the many strengths in Robert Chevara's new production." (The Observer)

L'Assedio di Calais
"This taut new production by Robert Chevara can only lead us closer to this operas complete re-establishment." (The Guardian)

Macbeth
"What a marvelous piece it is, theatrically gripping and musically tuneful, and how forcefully and intelligently Robert Chevara has staged it." (The Telegraph)

The Cunning Peasant
"Robert Chevara's apposite production kept the nasty undertow of droit de seigneur and parental abuse in sight, while neither prevented the humor from flowing generously in the comic scenes.

Such commendably perceptive direction..." (The Independant)

"The performances coaxed by Chevara from the pricipals are perfectly judged in their intensity, humor and genuineness. This is high precision work."(The Standard)

The Tales of Hoffmann
"If Nicklausses is there to help Hoffmann separate truth from dreams, then the Guildhall's audience badly needed a Nicklausse of its own, so potent was Robert Chevara's production in conjuring a spell of shifting dream, nightmare and ambiguous reality." (Opera) 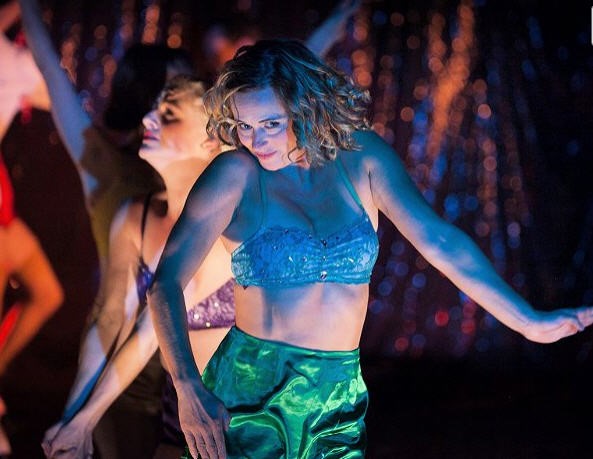